A city of realistic models, for and by the local LGBTIQ+ community

During Pride Groningen, head sponsor Vodafone will use technology for the “Real Models” campaign to show realistic role models for and by the LGBTIQ+ community on the streets of Groningen. Visitors to Pride can become role models themselves as part of this campaign. The campaign images will be immediately visible on 62 digital screens throughout the city.

A majority of LGBTIQ+ youth look to the media for role models. They often have fewer role models in their immediate environment with whom they can identify, while realistic role models contribute to the feeling of freedom to be yourself. Vodafone wants to offer a wide and diverse range of realistic LGBTIQ+ models. With the real-time “Real Models” campaign, the message is thus successfully spread with thanks to the community itself.

Realistic role models
Visitors to Pride Groningen can take their own campaign image in the two specially designed photobooths on the Grote Markt. Drag Queen and make-up artist Gaya Stone will accompany participants and help them with adding glitter to their make-up. The personalised digital posters will be immediately visible on 62 digital screens throughout the city, allowing visitors to become part of the “Real Models” campaign. During this year's Pride in Utrecht and Amsterdam, 800 visitors shared a photo and story about “what freedom means to them”.


Own employees as role models
The first proud role models on the campaign images are part of VodafoneZiggo's Queers Connected' employee network. ‘With Queers Connected, we are creating an open and safe working environment for LGBTIQ+ colleagues,’ says Steven Kroon, chair of the Queers Connected network. ‘By portraying visitors as realistic role models, we are working on raising the visibility and acceptance of the LGBTIQ+ community in Groningen. Visitors to Pride in Utrecht and Amsterdam have already preceded them and it is wonderful how these unique stories are given a platform.’

VodafoneZiggo helps to build an inclusive society and positive working environment for their colleagues not only during Pride, but all year round. The theme of diversity, equal treatment and inclusiveness (DE&I) in the broadest sense has been a strategic priority at VodafoneZiggo for many years. LGBTIQ+ inclusiveness is an integral part of this. 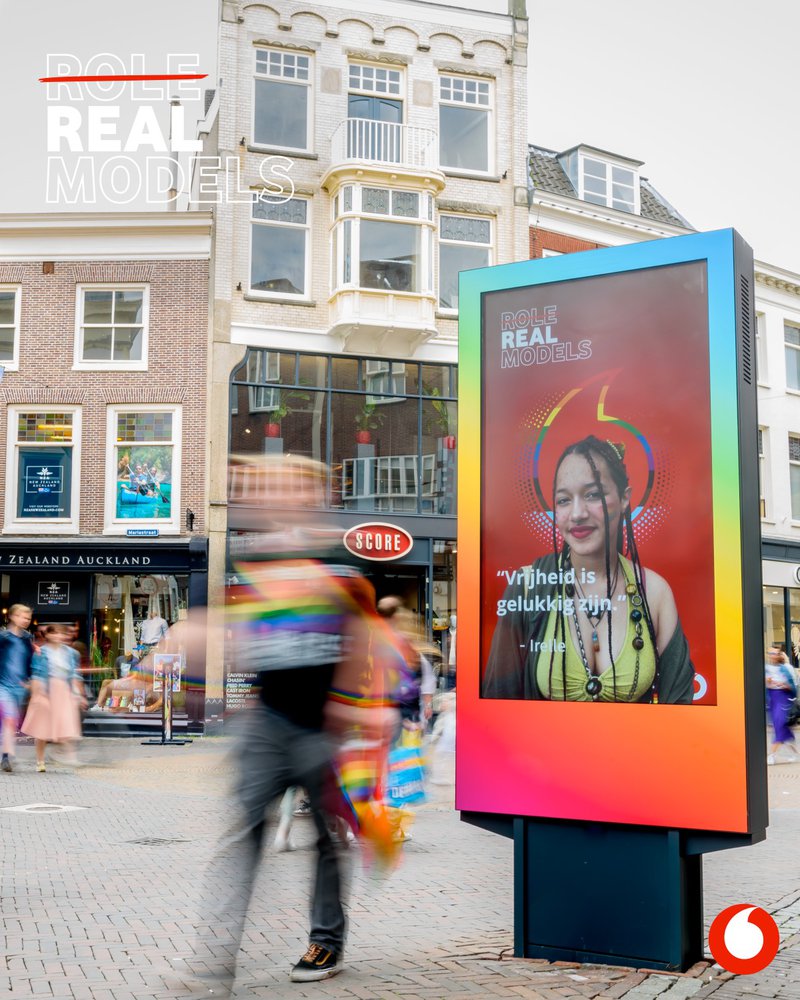 Working together to bridge the digital divide