Stories
"All out for maximum entertainment"

"All out for maximum entertainment"

Director Will Moerer provides a glimpse into the Ziggo Sport tactics

One moment Max Verstappen is racing across the screen, the next you’re enjoying a top encounter in the English Premier League. Ziggo Sport doesn’t do rest days. Director Will Moerer is proud of what the channel has accomplished these past four years. "A matter of guts, timing and a certain amount of luck."

November 2015: Ziggo Sport is officially launched. Max Verstappen is about to start his Formula 1 grand prix career and the Dutch women’s handball team is preparing for the world championships. Shortly afterwards and broadcasted by Ziggo Sport, the Netherlands sees the women’s team reach the finals. And thanks to the incredible performance of Verstappen, the popularity of Formula 1 goes through the roof. These record performances give Ziggo Sport the perfect start.

Exactly what you are hoping for
In purchasing the broadcasting rights of women’s handball and Formula 1, Ziggo Sport hit the bull’s eye. Foresight or sheer luck? "A bit of both", according to Will. "Max Verstappen is a phenomenon, of course. His rise in popularity equals the popularity curve of our channel, absolutely fantastic. At the same time, it also poses a risk, because a channel should never depend on one sport or one athlete. The fact that the handball ladies performed so well right after we went live, gave us an enormous boost, too, of course. When you launch, that is precisely what you’re hoping for. Of course, no-one could have predicted that outcome, but we did see the potential. Other channels didn’t recognize that."

"On birthday parties I never have to explain what Ziggo Sport is", says Will. "The level of our success is based on a number of things. First of all, our concept is unique: approximately half the nation receives our sports channel for free, simply because they are Ziggo customers. In addition to that, we have an extremely varied offer. Soccer, rugby, basketball, tennis; we bring more than fifteen different sports disciplines to the screen – more than any other sports channel in the Netherlands. Among which disciplines that until then, were not or hardly ever broadcasted, like handball, field hockey and volleyball. As a result, every sports fan can find something here to suit his taste. The introduction of anchor man Jack van Gelder is also a contributing factor. And do bear in mind that we didn’t have to start from scratch – the former Sport1 with its six sports channels provided a solid base for the current Ziggo Sport." 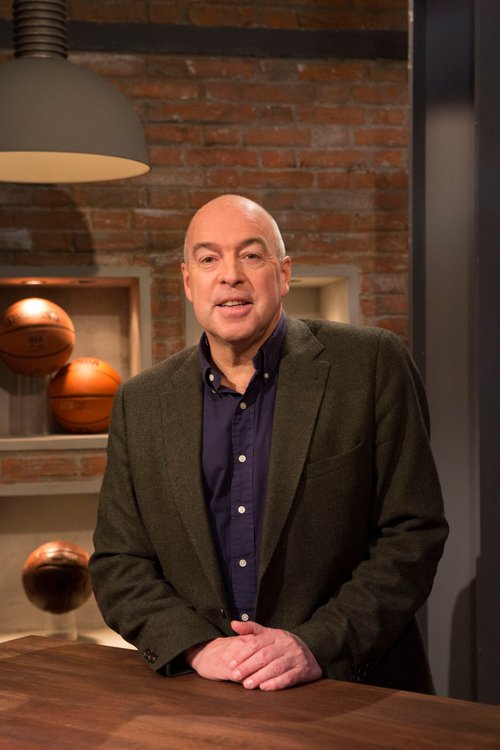 The course of Ziggo Sport
The 'take-over' of Jack van Gelder aroused quite some public interest. How many presenters and broadcasting rights would follow? At one time it looked as if Ziggo had completely opened up the transfer market in the broadcasting world. But it never got beyond that one transfer. Deliberately, according to Will. "Poaching on the competition’s preserve gives you a different image. We’d rather be the first to offer something. We decide on our own course and guard against greed. It always comes at a price, literally and figuratively. It harms your reputation ánd involves sky-high costs. Furthermore, chances are that the competition subsequently poaches on your turf."

Wide audience
Ziggo Sport’s offer is quite something, and the range of sports is still extended. The Tour de France and Dutch premier division soccer are not an option according to the chosen policy. Those disciplines have been contracted by other channels. But there is plenty of other interesting fish in the sea. Like the world championships rugby for instance, taking place in September. A sport growing in popularity, but not yet with a huge fan base in the Netherlands.

The decision to add a new branch of sport to the portfolio is not immediately related to viewing figures, Will explains. "In that case we would simply stick to Formula 1 only. By offering a wide variety of sports we aim to bind as many sports fans to Ziggo Sport as possible – and subsequently to Ziggo. After all, increasing customer loyalty is the reason why we launched the channel in the first place. Eventually, I hope to add MotoGP, darts and tennis to our portfolio and in doing so, attract new fans. Tennis is being played during the day, which is an added advantage. At certain times, the evening programming is so packed we are struggling to fit everything in, whereas there is room during the day."

Keep on entertaining
The way we watch TV is changing, and fast too. What does that mean for the future? "Sport is all about experience. Due to all kinds of innovation, we are able to bring that experience closer to the viewer at home. For example by augmented reality: during the Formula 1 grand prix you now see a true-to-life – but virtual – race car in the studio, and during our soccer broadcasts it’s as if Lionel Messi is posing in the studio. It’s this kind of innovations we will be experimenting with a lot more in the years to come. Combined with our strong and varied sports offer it’s the perfect way to entertain our viewers to the max. If we succeed in that, we are the channel we want to be."

Bring the Ziggo Dome into your house this weekend