René Hoogterp about the rise of sim racing

To stay in shape during the corona crisis, many race-drivers put their foot right down on the digital racetrack. So, online. Celebrities like Max Verstappen and Charles Leclerc join the competition with professional gamers like Rudy van Buren and Bono Huis. Ziggo Sports commentator and sim racer from the very beginning René Hoogterp sees two worlds merging. 'And that’s cool!'

In the past, Formula 1 teams were allowed to test the tracks prior to a race. Naturally, they made full use of that opportunity. In 2007, the FIA put an end to this testing. The ban had a huge but unexpected consequence, the start of a digital era. By means of simulators, copied from the aviation industry, race-drivers could test till they were ready to drop. Or rather, till they knew the racetrack inside out.

Virtual world class
'Simulation racing, or sim racing, has therefore been around for quite a while and was invented by the motor sport itself, not by the gaming industry', René explains. 'It led to rFactor 2 and iRacing; programmes the pros use daily for training practice and increasingly bigger tournaments, joined by pro gamers. Especially now that corona has paralysed live events. The Formula 1, Formula E, IndyCar, NasCar, they all have their own virtual league now.' 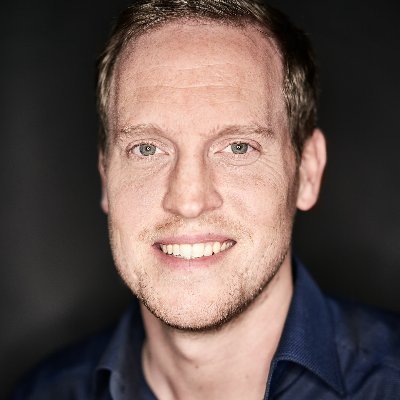 Orange forever
Now, these races are televised as well. Ziggo Sport brings sim racing to the Dutch public, and successfully. René: '40,000 race fans enjoyed the latest broadcast in which several motor sports legends participated.' For those who missed it, this legendary race finished with an absolute sensation. A totally orange podium! 'You have to look at this in a certain context’, according to René. 'Not hampered by geographic limitations, top-class race-drivers from all over the world compete against each other in online races. The Netherlands is amply represented in that elite group. Something to be proud of.'

Fair play
The nice thing about sim racing, is its fairness, René says. 'It doesn’t matter how old you are, what you weigh or even how much money you have. In actual racing, huge budgets make all the difference, but online there is only one thing that matters, your brutal racing skills.' Actually, online racing doesn’t cost an arm and a leg at all. A good-quality PC and a wheel can be bought for a few thousand euros. To put this into perspective, go karting for a year on national level will cost you a hundred and fifty grand. In addition, René is also chairman of the "Virtual Racing" section of the motorsport association Knaf. 'So you see that the official motorsport association also embraces sim racing. It is unique that this physical and virtual world meet.'

Mirror to mirror
Another reason why sim racing is growing in size now, is the quality of the network. With the just launched 5G even mobile racing is possible. 'I clearly remember the times when latency was something we had to take into account', René says. 'The position of your opponents on the track was never quite clear. Today, you are racing mirror to mirror against drivers from Australia, America and South Africa, without missing one millisecond.' And the same goes for the audience. By means of streams and on TV – sim racing is more impressive than ever and a serious alternative now that the actual tracks are closed. Quite honestly, the virtual version is perhaps even more spectacular.'

What does René look forward to? 'It’s all very uncertain in these crazy times. But one thing is sure, the real race-drivers don’t like to sit idle. So online, a lot can still be expected. For example, now that the Dutch Grand Prix in Zandvoort has been postponed, I wouldn’t be surprised if they set up a digital version of that race too.'