Stories
"Are you a sports fan? Then you’re in the right place with us. Even now!"

Director Will Moerer about Ziggo Sport in corona times

Will Liverpool win the Premier League once more, for the first time since 1990? And how will Max Verstappen perform during the Grand Prix in his ‘own’ Zandvoort? Normally, you would be watching these unique moments in sports on Ziggo Sport around this time. But the corona crisis proves to be a much too strong opponent. Still, plenty of enjoyable sports on offer on the channel.

As a sports fan you’d prefer to watch live events of course. Whether it’s tennis, golf or handball, nothing can replace the excitement, adrenaline and sometimes even nerves that you experience when you’re in the stands or watching live in front of the telly. A huge challenge, therefore, for Ziggo Sport, that now has to replace a large part of the scheduled live programming. Director Will Moerer explains how this is done.

Everything has come to a halt

"Live sports worldwide have come to a halt", says Will. "Only in Belarus they still continue to play, apparently. Some events are quite simply cancelled. Others – like the Grand Prix in Zandvoort – postponed for the time being. Until when, nobody knows. Every now and then, news filters through that certain competitions will be completed after all. Of course, we fervently hope so, but for now we simply have to wait and see what happens."

The only live programme Ziggo Sport is broadcasting according to schedule, is Formula 1 Café on Friday evenings. A boost, according to Will. "Even though the atmosphere is quite different without an audience, the Formula 1 fan can still say his piece here. And I think that many people like to get away from the corona news for a little while and hear about their favourite sports."

From a packed sports agenda to a practically empty one. How do you fill the holes? Ziggo Sport does that in several ways, Will explains. Firstly, by looking at sports that can still be played under these circumstances: the virtual versions. The eSports soccer competition already existed, but now several virtual racing competitions have been set up too. Like the Porsche Mobile Super Cup, a knockout competition between Porsche-racers. "We notice that the ardent fans like this very much. I get that, because it looks good and partly replaces the pre-game jitters we all miss so much." 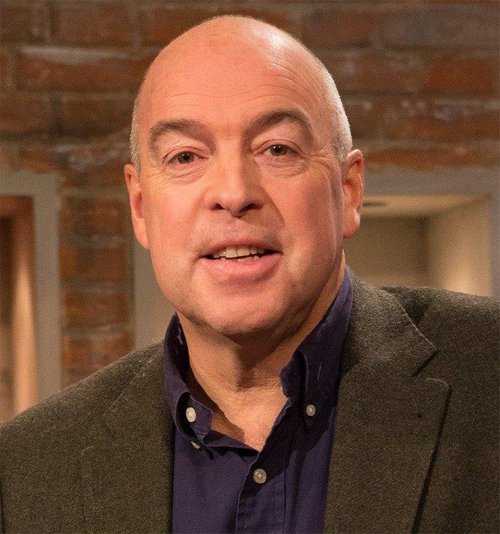 For viewers that are less keen on eSports there is also enough to enjoy on Ziggo Sport. Especially for the soccer fans. In his new programme 'Between the posts', host Wytse van der Goot wants to know the ins and outs from well-known Dutch (former) soccer players and analysts. Who was the best player they played against? What was the greatest stadium they played in? And which shirt do they like most?

Sierd de Vos also takes a trip down memory lane. In his new programme ‘The attic of El Sierd' he shows a compilation of his commentaries. "That is a really great programme", says Will. "We normally look ahead and therefore tend to forget the wonderful moments in soccer we have already witnessed. That is what Sierd shows us in his programme. To raise the historical awareness we add a little extra by broadcasting famous soccer matches. Think of the seventies, for example, when Feyenoord and Ajax achieved great results in Europe. Those pictures are a joy to watch. And the fans of Peptalk are also coming into their own. With ReplayTV they can watch a compilation of this talk show."

Dutch sports history is packed with unique moments we can treat the viewers of Ziggo Sport to. And as long as live sports are cancelled, those pictures will keep coming. "Of course, it’s nice that we can offer our viewers at least something, but we are eagerly looking forward to the moment sports are coming to life again. This situation is frustrating for us, but equally so for our viewers of course. Everyone’s patience is thoroughly tested now. We assume, though, that before long we will be able again to provide all those fans with the excitement and adrenaline they need."